Is eHarmony Worth It? The Truth 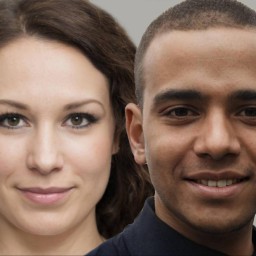 If you are currently single and looking for love, you might have thought about signing up for some online dating sites. eHarmony is one of the most popular dating sites out there, and for a good reason. The site is designed to help you find love and a real connection with somebody, in contrast to the many ‘hook-up’ dating apps that are quite popular today.

For anyone hunting for their future life partner and soulmate, there are plenty of reasons why eHarmony is worth a try. So, why is this the case? Let’s find out.

Table of Contents
1
Is eharmony legit, a scam or worth it?
2
Some eHarmony facts to back it up
3
Pricing quick overview
4
Designed to Help You Find Your Perfect Match:
5
Millions of Users:
6
High Security:
7
Costs:
8
Any Cons?

Is eharmony legit, a scam or worth it?

Short answer is eHarmony is totally worth it if you are willing to be active on the platform. It has advanced algorithims for matching based on compatibility and has a good security system that keeps spammers away. Overall 4.5 stars.

Some eHarmony facts to back it up

eHarmony helps 4% of US Marriages Blossom

This surprising statistic simply speaks for itself. Around 4% of the couples getting married in the United States met on the eHarmony platform. That's astounding!

eHarmony’s Divorce Rate is Less Than 4%, the US National Average is 50%

This is another astounding statistic. Out of the numerous marriages that bloom through eHarmony, only 4% end in divorce. The United States national average is 50%, or half of all marriages! The matches made on eHarmony are much longer lasting than most.

More Than 500 People Marry Every Day, Thanks to eHarmony

eHarmony’s matches are so successful that more than 500 people get married every day after meeting on the site. Close to half a million couples have met on eHarmony and gone on to tie the knot, and the number grows every day.

This is an astonishing level of success for any dating service. eHarmony’s sophisticated matchmaking means that nearly three-quarters of its members meet their spouse within a year of joining!

The matchmaking system that underpins eHarmony is one of the most successful in the world, and every day it acts as a digital cupid, and helps people find true and lasting love online. The more questionnaires you fill in, the better your matches, so don’t stop at just one or two!

The personality questionnaires on eHarmony are their ‘secret sauce’. Every day more than 15,000 men and women complete these questionnaires, and help the eHarmony algorithm guide them towards a suitable partner they are likely to form a lasting relationship with.

More Than 2.5 Million Messages are Exchanged on eHarmony Every Week

eHarmony has an active, and talkative, user base. Most people are looking for a proper partner to face the future with, and because of the intuitive matching skills of eHarmony, everyone has lots to talk about!

eHarmony is a very trustworthy site, and has earned the reputation of the internet's premier matchmaker through consistently making appropriate matches and helping people find real and long-term love.

The internet dating scene is plagued by ‘hook-up’ sites and poorly maintained and populated dating platforms that don’t make much effort to make matches for their clients. eHarmony makes matches every day that blossom into long-term love and marriage.

Designed to Help You Find Your Perfect Match:

Unlike apps such as Tinder, where you just swipe through other users and decide whether or not you like them based on their profile picture and bio, eHarmony goes a little bit further. When you sign up for this dating site, you will be required to fill out some extensive questionnaires, which is for the purpose of making it easier for you to be matched with other users who are likely to be compatible with you based on the answers that they gave. Things like shared interests and passions, religious beliefs, lifestyle choices, and future plans are all taken into account to give you a better chance of finding somebody who’ll make a great partner for you.

When it comes to finding your perfect match, eHarmony is great because it has millions of users all around the world. You can be sure that there’s never going to get to a point where you have no potential matches left, simply because there are so many people using the site. You can find matches based in your local area or set your search parameters to further afield if you don’t mind traveling to see your mate.

eHarmony takes security very seriously, and along with verifying profiles, any fake users are booted off the site quickly, so there’s less of a chance of you being spammed with nuisance messages or catfished, compared to using other dating sites. And, since the profile questions themselves are quite lengthy to answer when you sign up, this itself can act as a deterrent against anybody looking to join for the wrong reasons. Most users are also people who are seriously looking for love and a meaningful relationship just like you.

Signing up to eHarmony is completely free of charge, so there’s no need to invest any money if you’d like to create a profile, have a look around, and decide whether or not the site is right for you. Once you decide that you’d like to start matching and communicating with other users, you will need to sign up for one of eHarmony’s premium plans, which vary depending on how long you sign up for. You can get a one-month plan for $59.95 for the month or sign up for six months to save money at a cost of just $29.95 per month. You’ll also get three days to try out the site after you sign up - and if you decide it’s not for you, you can get a full refund.

eHarmony is a brilliant dating site for anybody who is looking for a serious, long-term relationship, but like all dating sites, it’s not completely perfect. The main downside to eHarmony is that there are no options for same-sex couples, so if you LGBTQIA+ and looking for love with somebody of the same sex, you will be redirected to their sister site called Compatible Partners. That being said, this site does have an equally thorough and detailed sign-up process and matching algorithms that work in the same way to the main site.

If you’re looking for love, there are plenty of reasons to give eHarmony a go.

Hi there! We are Liz and Aaron, a couple that has been together for over 10 years now, but without our ups and downs. Over the past decade we have taken relationship breaks 5 times, during them we have dated other people, even gotten into serious relationships but we always came back together. We are truly in love. So what do we have to say, nothing overly meaningful except that we raked up a ton of dating and relationship experience over the course of the last 10 years. So we are here to share it with you.